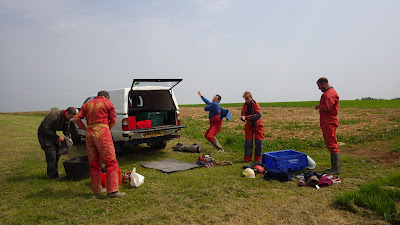 Kitting up for Aven de Bagpath
The summer open season was used to find a bit more cave within the “Central Cotswold Massif”. Aven de Bagpath yielded 20M ish of big passage (12Mx1 to 2M) beyond a squeeze pushed by Pete. This will be surveyed and ways on looked for in spring 2017 (closed from July) when the cave reopens. We did have a bit more time to work on Igloo cave and nearby Railing rift as they did not close until September. 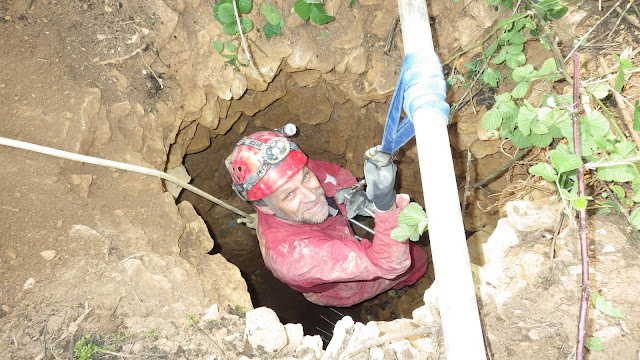 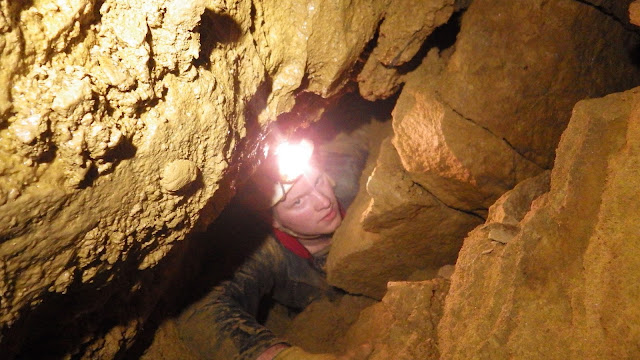 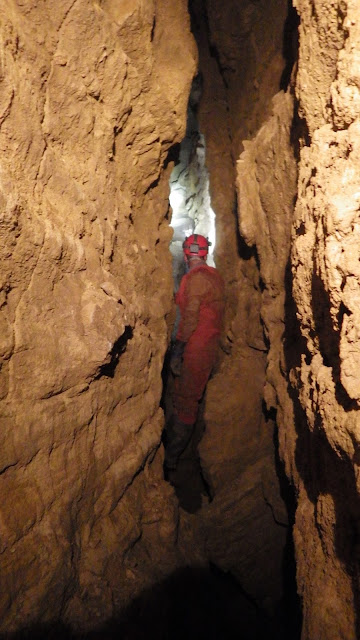 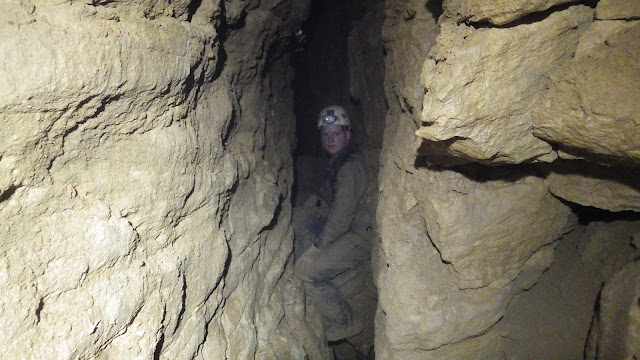 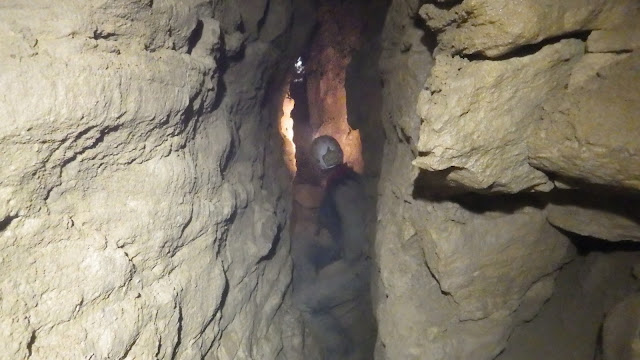 On balance we decided to put resources into Igloo 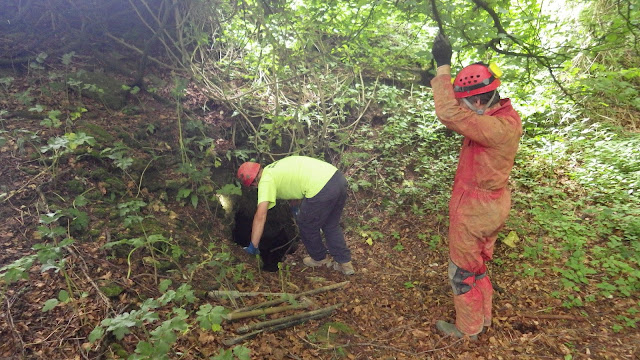 Igloo is an interesting cave with a slightly modified entrance found in the side wall of an area of gruffy ground. This leads to a large chamber (Cotswold large 12Mx4Mx6M) not far below the surface this has lots of holes in the floor dropping down a fair way. So selecting a likely hole we started digging “down” one thing to be said for the Gull caves of this area is they are a bit lose! So dry stone walling is required to support the roof, floors, walls and anything else that looked like a big rock.  Some large rocks need some pulling out with Mick and Phil pulling and Pete Pushing myself and Joe offering encouragement J After a few digging session we could see a way into a rift via a squeeze this was entered to find 5M of passage with a few formations although closing down in both directions. In a selfless act to preserve the formations Phil on squeezing out collapsed a large slab to close of access (nearly leaving one foot behind!) as said it is very loose in areas. 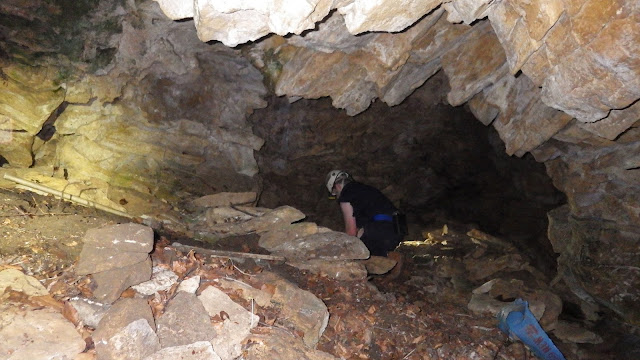 On further trips we decided to carry on down beyond the passage to the rift that had the rock fall (now blocked). We dug down a further 3M in boulders to a point it gave access to a small body sized horizontal rift but blocked through this void a chamber could be seen (heading back under the main chamber). After more rock moving this void was reached via a squeeze (1 metre of slopping tights ish rift) arriving at a 2M drop into a large ish (6Mx3Mx2M) chamber. A case of arriving feet first and finding foot holds to stop a too rapid descent into the chamber. This chamber proved to be the loosest area found so far. It was decided to keep one of us entrance side at all times after a good scuttle around the new stuff Andrew decided that would be him as he is too young to go yet.

Pete and Phil started to digging down to a large rift that could be seen through jammed boulders. All was going well until a large boulder was moved that seemed to have been keeping the floor of the chamber in situate! (key stone) The floor dropped a quarter of a metre before jamming again the diggers beating a hasty retreat.
More new stuff 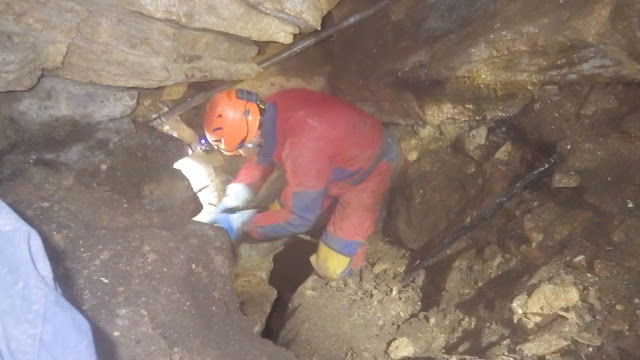 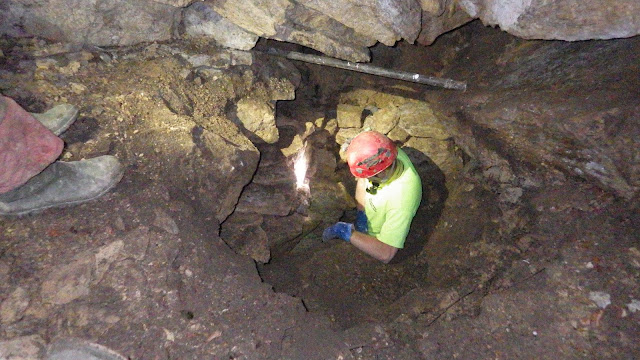 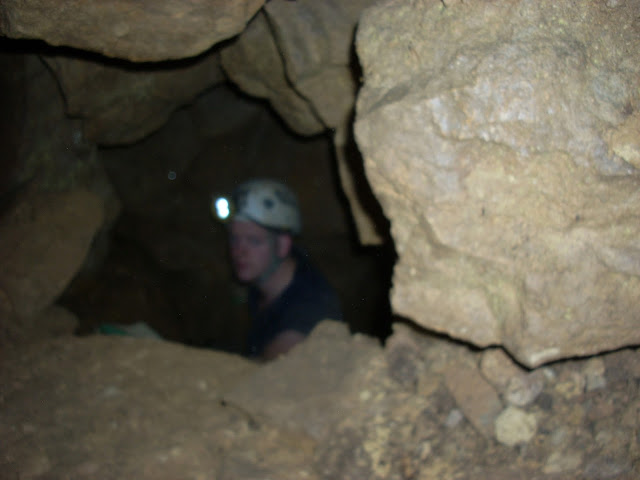 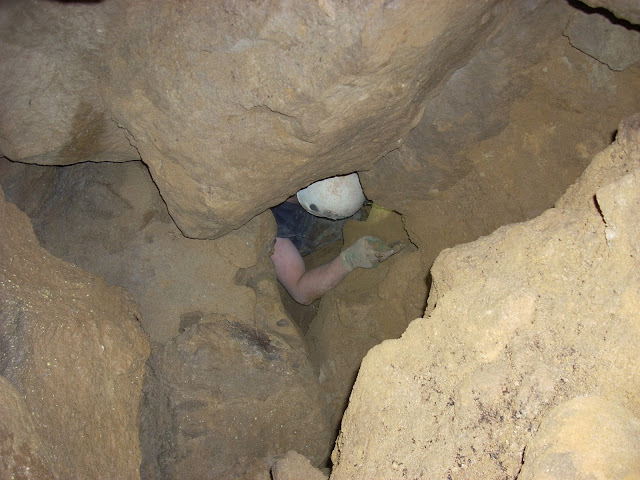 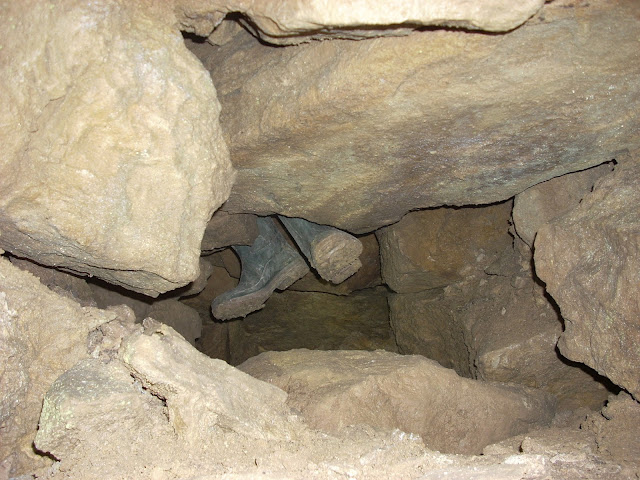 Andrews feet heading up from the lose stuff (quickly).

From observation it is concluded that Igloo is a large rift (10M wide in places) that has multiple layers made of jammed rocks dropping down a fair way. We will return in 20017 and hope the winter weather has stabilised things (a bit). Although we know a lot of walling and securing will be needed to stabilise the area heading to the present end then we can dig again.
Rough survey 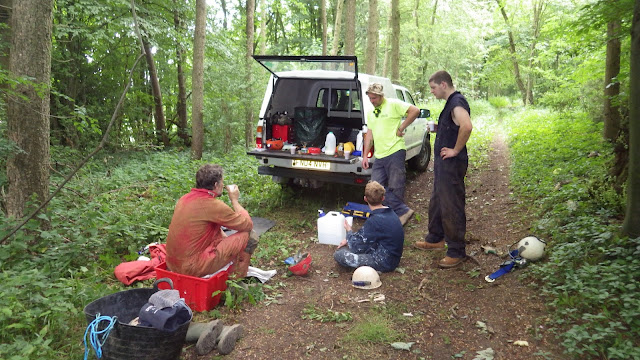 Thanks to Sue Ward for providing post digging trips BBQ,s 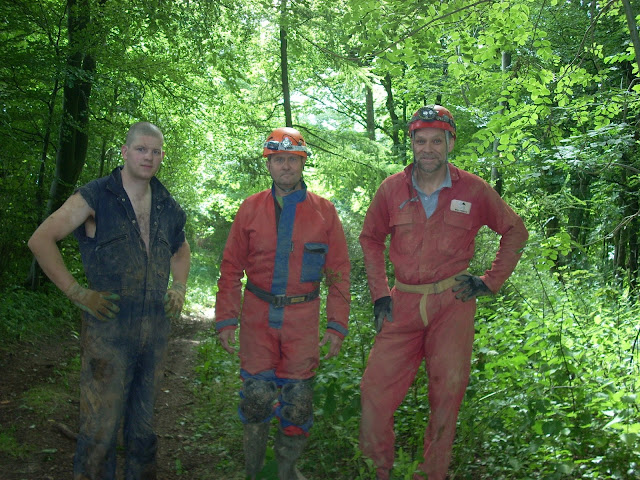